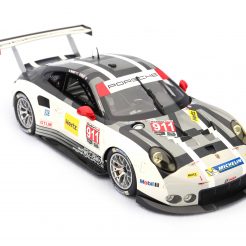 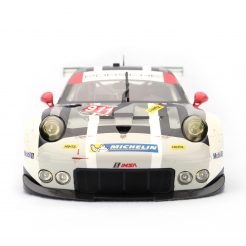 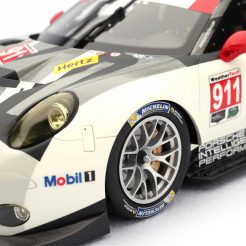 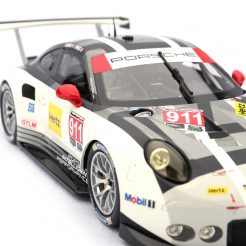 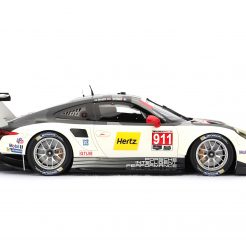 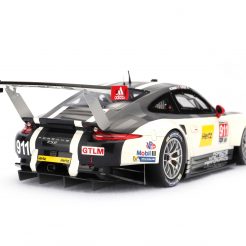 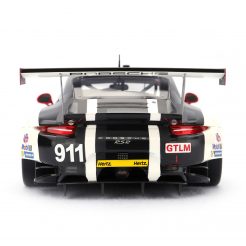 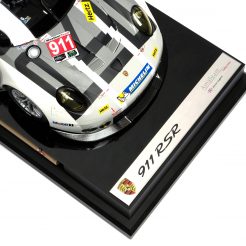 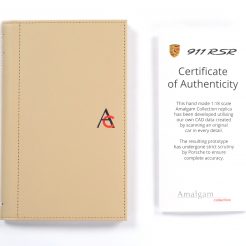 Porsche developed the 911 RSR entirely from scratch to set new standards in endurance GT racing. The 4.0 litre naturally aspirated flat six engine, producing 510 HP sits in front of the rear axle in a rotated position, to achieve the best possible driving dynamics. This is the first time Porsche has created a mid-engine race version of their 911 model, and has broken with a key 911 tradition in order to make the RSR as competitive as possible.

The new swan neck style rear spoiler is a straight adaption from the 919 Le Mans hybrid prototype and together with the extended rear diffuser creates an optimal relationship between downforce and drag. Combined with the newly designed ergonomically perfect driver position, the 911 RSR forms the spearhead of the Porsche 911 family. It is an extreme athlete, tailor made for GT endurance racing and has already proven to be very successful at endurance race events all over the world.

This hand-made 1:18 scale Amalgam Collection replica has been developed utilising our own CAD data created by scanning an original car in every detail. The resulting prototype has undergone strict scrutiny by Porsche to ensure complete accuracy.